We translate Salve Natura as Hello, Nature. We want to stay true to our name, which is why we use only plant-based ingredients. The basis of our products is wheat protein.

Selection of our products

Why shop with us

We are a family company that has been producing healthy foods and delicacies of plant origin for almost 20 years. We believe that quality sausage can contain purely natural plant raw materials instead of animal fat and cholesterol. And that it can be produced even without preservatives and synthetic dyes. Finally, we use only local resources.

It is important for us that all ingredients are of plant origin, including dyes. The composition of our products is our priority.

We stand behind the fact that a healthy diet can easily do without artificial chemical substances and that the natural taste is the best. Therefore, you will not find any synthetic preservatives, aromas or dyes in our products. We are not following the easiest path, but the one we believe if healthy.

Our products bear the original V&V logo, which is a guarantee that you buy the product exclusively and purely of plant origin. There is no trace of eggs, milk or other animal products. These ingredients are nowhere near our production.

From the beginning, we create our own recipes and original procedures and combine modern taste trends with tradition. We like to try new ways and innovations, but at the same time we stick to methods proven by almost twenty years of experience. Quality is still the most important thing for us.

We are a salve nature

Our official journey began at a time when the concept of a healthy lifestyle had finally become part of the modern vocabulary and people began to think much more about food. We wanted to be there. The year was 2003 and we founded the company Salve Natura s.r.o.

We have set ourselves the task of enriching the market with a number of vegetable sausages, which, although they will resemble classic sausages in appearance, taste and aroma, will still be plant-based, healthier and cholesterol-free. But even then we knew that it was not just a matter of making a mere "meat substitute", but that with our little bit we were helping to create a new style of eating and a new way of thinking about the origin of food.

We have been striving for this for almost 20 years, during which time we have developed a number of our own original recipes and procedures. These are based on the use of purely plant ingredients, the absence of preservatives and synthetic dyes, and respect for nature.

More about us
Where you can find us 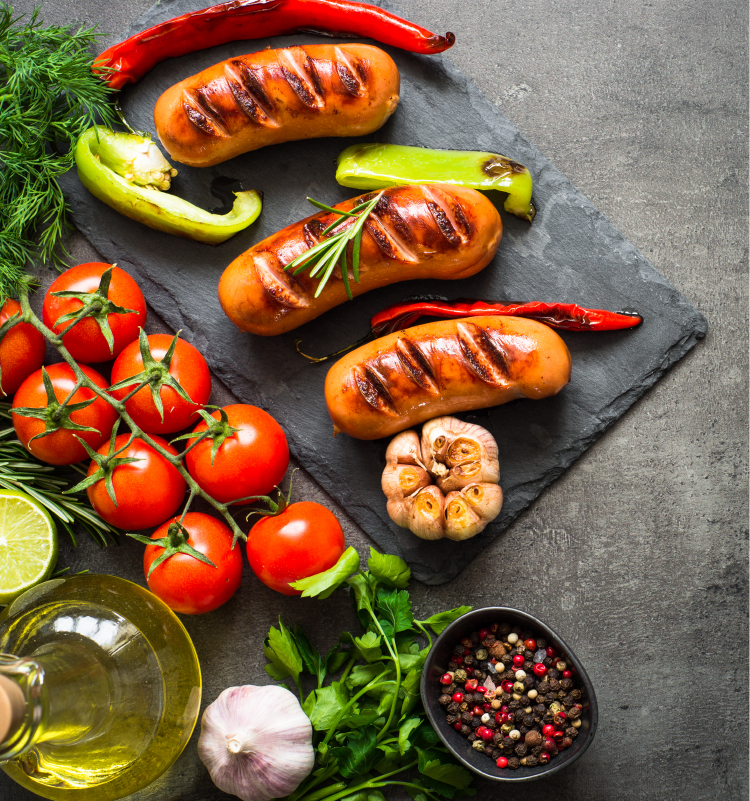 The basis of our plant-based sausages is the wheat protein, which guarantees an amazingly wide variety of flavours. It is up to you whether you like a delicate and gentle taste or prefer more spicy tones. Take a look at our offer and choose according to your wishes.

Detail of product
All products

By filling out and submitting the following form, you grant consent to receive news and tips from Salve Natura. More information about the processing of your data can be found here.